Illustration program to commemorate the arrival of the Australian fleet in Sydney, 1913 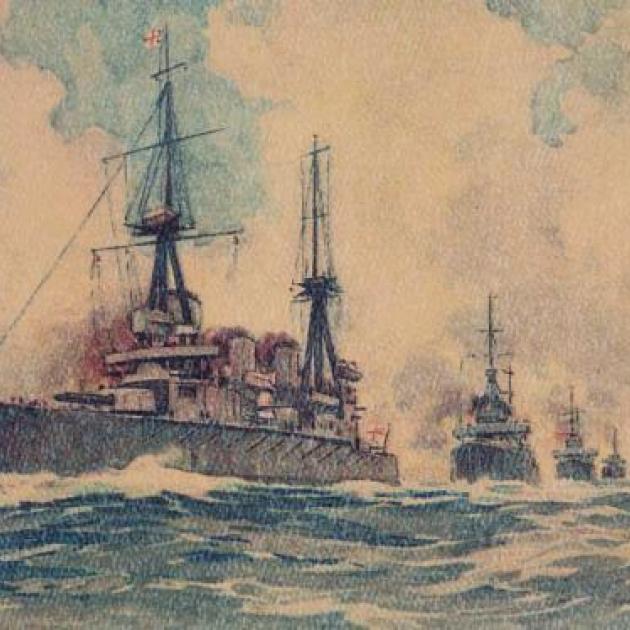 On 19 August 1909  representatives of the British Admiralty and the Australian Government agreed to proceed with the establishment of an Australian Fleet Unit.

The first units of this Navy, the destroyers, His Majestys Australian  Ships Yarra and Parramatta, reached Australian waters in November 1910 and in the following year on 10 July 1911, His Majesty King George V granted the title of 'Royal Australian Navy' to the Commonwealth Naval Forces.

In June 1912, a third destroyer, HMAS Warrego was commissioned at Sydney and in 1913 the battle cruiser, HMAS Australia and the light cruisers, HMAShips Melbourne and Sydney arrived in Australian waters.

Thousands of people came out to view the fleet. As one of the first national institutions of significance since Federation, the fleet was a striking symbol that Australia was now a self-determining, self-reliant nation. The flagship was named HMAS Australia, to avoid preferential treatment of a particular state. It led HMA Ships Melbourne, Sydney, Encounter, Warrego, Parramatta and Yarra into Sydney Harbour.

This illustration featuring ships in line astern was featured in the program to commemorate the arrival of the Australian Fleet on 4 October 1913.