The Trustees' vision is "To promote, maintain and enhance the Anzac Memorial as the State's principal commemorative and interpretive monument dedicated to the service and sacrifice of Australians in peace and war.

The Trustees' mission is " To maximise the Anzac Memorial's potential as a space for the veteran community, inform all visitors and to educate future generations." 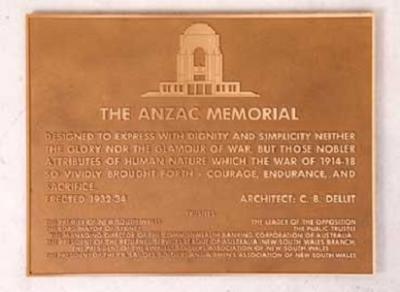 The Trustees and the Anzac Memorial Act 1923 Filming & Photography
Our stories
Stories about the Memorial, its collections and the people who have made it possible
Read on

1940 — Ten people, including three members of the Australian Cabinet, Chief of General Staff Sir C. White, and other Senior Officers, are killed in aircraft crash near Canberra, later known as the Canberra Air Disaster. The Air Base, RAAF Base Fairbairn, is named after James Valentine Fairbairn, Minister for Air and Civil Aviation, one of those Caninet Ministers killed in the crash