Skip to main content
Nigel Love: A man of firsts
By Jacqueline Reid
On 12 December 1919, Sydney awoke to the news that Sir Ross Smith’s Vickers Vimy bi-plane had finally reached Australia. At once, the city was gripped with anticipation for the imminent arrival of the daring crew: the first Australians to fly from England to Australia in less than 30 days.

When Centennial Park was deemed an unsuitable landing place, the Australian Aircraft and Engineering Company’s aerodrome at Mascot was offered in its stead. The company’s pilot and cofounder, Second Lieutenant Nigel Love, was swiftly dispatched to deliver to the crew the government’s written invitation to land at Sydney. 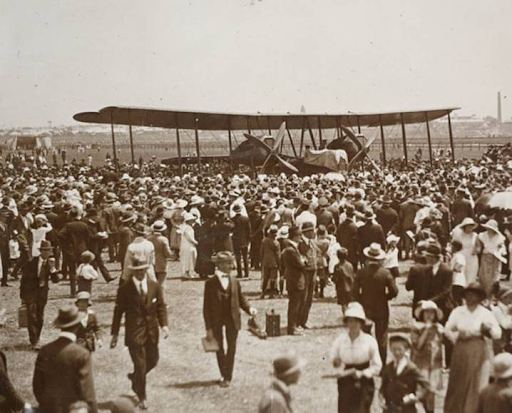 And so, at 11.12am on 14 February 1920, Smith’s ‘plane landed at Mascot to the cheering throngs of spectators. It was the first time Love and his company achieved widespread publicity, but it would certainly not be the last.

This is the story of Nigel Love, an extraordinary man of firsts. 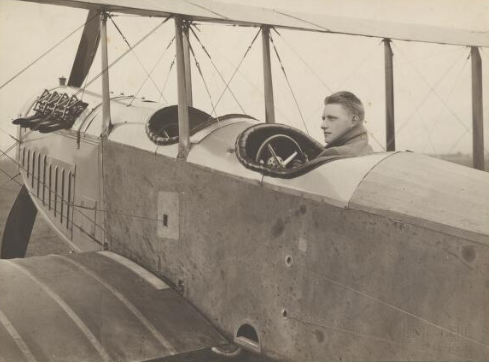 Nigel Love was 23 years old when he was accepted in the inaugural course at NSW’s State Aviation School. Flying wood-and-canvas ‘planes out of Ham Common (today’s RAAF Base Richmond), Love attained his wings and was thereafter granted a commission in the Australian Flying Corps (AFC).

Following further combat flying training in England, Love was posted to the front with No. 3 Squadron, AFC, in December 1917. Here, Love flew reconnaissance in R.E.8 bi-planes over the battlefields at Bailleul, near Ypres.

In April 1918, the squadron was moved to the Somme, near Amiens. Later that month,  Love witnessed the military funeral afforded the Red Baron, whose body was retrieved from the wreck by No. 3 Squadron personnel.

“Sunday, 21 April 1918: Warnford, the Engineering Officer, brought the Baron’s body back to the Squadron at about 7.00pm.  A number of us walked up to the Transport Park after dinner to examine him.  Had several bullets thru his head and two or three in his body."

Whilst awaiting repatriation, Love entered into contract with UK manufacturing giant AV Roe & Co. for the exclusive rights to produce Avro 504K aircraft in Australia. With the deal struck, the Australian Aircraft and Engineering Company Ltd. was formed, and Love appointed its managing director.

As the first member of the newly founded company to arrive in Australia, Love was tasked with finding a suitable site on which to establish an aerodrome. In December 1919, he came upon an unused bullock paddock at Mascot. We now know this paddock as Sydney’s International Airport: one of the oldest continually operating airports in the world.

With the paddock leased, the company established their manufacturing factory nearby on Botany Road, Mascot. Theirs was the first factory established in Australia for the production of aircraft. 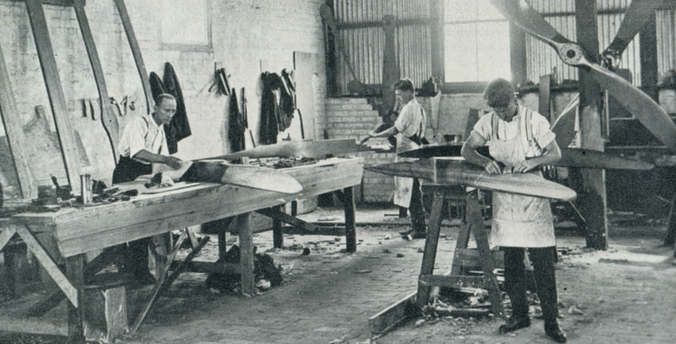 THE FIRST CONSIGNMENT OF AEROPLANES, 1919

The company’s three-year contract with AV Roe & Co. allowed for the supply of twenty Avro 504K trainers, in parts, together with four fully assembled Avro demonstrators. The consignment reached Australia in early November 1919 per SS Commonwealth, months before the arrival of Britain’s Imperial Gift.

Whilst the engines, fabric and aircraft parts were imported from England, the company’s aim was to build a machine in Australia using Australian materials. To this end, the company partnered with the University of Sydney to determine the most suitable timbers for the propellers and stays. Ultimately, Mountain Ash timber was deemed ideal and integrated into the aeroplanes.

Commercial joyflying was an operation quickly established at Mascot. In three years, the company carried approximately 7,000 passengers. In the 1960s, Love reflected, “The price was four guineas a flight. Our two machines were kept busy all day...I used to come home at night with my pockets bulging with money”.

However, in 1920 Love became the first pilot to carry a commercial passenger from Sydney to Melbourne. Taking off in his 504K on Friday morning, 14 November, the pair arrived in Melbourne Saturday night, with an actual flying time of eight and a half hours.

“A very colourful little function took place at Mascot aerodrome in connection with the first official flight of the first Australian-built aircraft, built by ourselves. Dame Mary Hughes, the wife of the Australian Prime Minister, honoured us with her presence, and very graciously cut the ribbon attaching to the tail of the aircraft, thus permitting it to proceed on its official maiden flight. Phyllis, my wife, was my passenger on this occasion. Whilst we were up I decided that it was necessary to show the crowd down below that our new Australian-made aircraft could really fly. So I did a loop or two, I think, a spin, then landed. When Phyl and I returned to our party on the ground we discovered her mother, Mrs. Davey, to be in a mild state of excitement. I believe that she had come to the definite conclusion that the aircraft had got completely out of control towards the end and that the fate of her daughter and her prospective son-in-law had really become quite unpredictable.” 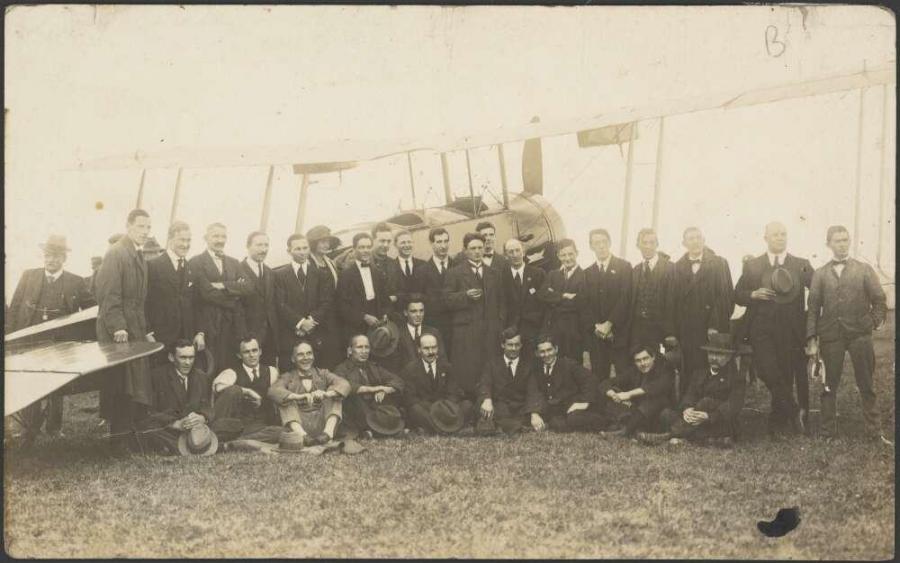 This aeroplane, as well as five others built by the Australian Aircraft and Engineering Company, were sold to the newly formed Royal Australian Air Force. Love delivered the first to Point Cook.

The company would also be the first to sell aircraft to QANTAS, established one year earlier in 1920.

Sadly, in 1922, the federal government had established its own workshop in Melbourne, and their sponsorship for the Australian Aircraft and Engineering Company was withdrawn. The company had no choice than to enter voluntary liquidation.

However, Love’s incredible contribution to Australia’s aviation industry did not close with the factory’s doors. 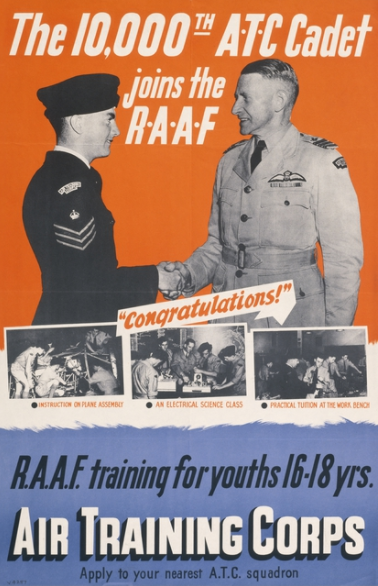 The advent of the Second World War saw Love enlist once more. Though his age precluded him from overseas service, Wing Commander Love was placed in command of the Air Training Corps in NSW.

In November 2019, Nigel Love was inducted into the Australian Aviation Hall of Fame. Love's war-time collection is currently on display in the Anzac Memorial's permanent gallery, with more objects to be displayed in our upcoming centenary exhibition, Per Ardua ad Astra: RAAF 1921-2021.