So read the stoic message sent by Wing Commander John Lerew to North-Eastern Area Command Headquarters on 21 January 1942. As cipher staff worked to translate the signal from its ancient Latin, a convoy of enemy vessels steamed unimpeded toward the coast of an overwhelmed Rabaul.

Ostensibly, the message—the galdiators’ salutation ‘we who are about to die, salute you!’—is one of raw and unflinching valour. And yet, upon receiving it, Headquarters demanded Lerew’s immediate removal as Commanding Officer No. 24 Squadron, RAAF.

But the notion of abandoning his men in the face of an encroaching enemy was unfathomable to Lerew. Instead, he disregarded the dismissal and sought allegiance from his staff.

This is the bizarre and inspiring story of the man who, against all odds and in direct contravention of orders, saved his men from enemy capture. Around them, Rabaul fell. 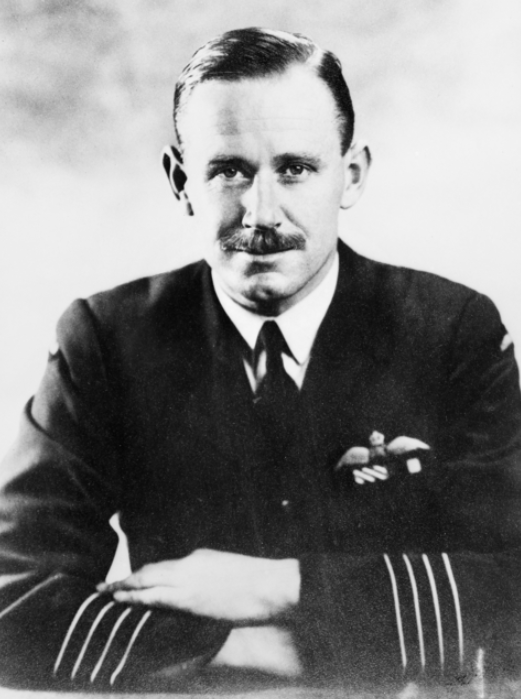 Wing Commander John Lerew assumed command of No. 24 Squadron when it arrived at Rabaul in early December 1941. Equipped with one Hudson bomber and eight Wirraway fighters[1], the squadron was entirely inapt at defending the island from the imminent onslaught of Japanese forces. Alas, on 20 January 1942, after enduring weeks of enemy raids, Lerew’s greatest fear was confirmed. Just after midday, twenty Japanese aircraft were sighted on approach to Rabaul.

Twenty soon became fifty, and fifty, over one hundred. As the first bombs began to fall, Lerew deployed the flight of Wirraways to engage the formidable air armada.

Completely outclassed in speed, manoeuvrability and fire-power, the plight of the Wirraways’ aircrew was, in many ways, predetermined. Within minutes, the air battle was over. Six airmen were killed and five wounded. Only two of the eight Wirraways survived the hapless encounter.

Exasperated, Lerew sent a message to Headquarters: “Sending A16-38 (the Hudson bomber) to Moresby with casualties. Two Wirraways useless defence. Will you now please send some fighters?”[2]

Without awaiting a response, Lerew began to withdraw what men and equipment he had left to the aerodrome at Vunakanau. Unchecked, the Japanese air force continued to devastate Rabaul from above. Incredibly, Headquarters seemed not to appreciate the sheer hopelessness of Lerew’s position at Lakunai, and no assistance was ever offered.

Then, at 4.30pm the following day, when the convoy of approaching enemy vessels was sighted, Lerew was ordered to send all available aircraft to intercept it. While the two undamaged Wirraways prepared for the evacuation of aircrew to Port Moresby, the squadron’s only remaining aircraft, the Hudson, took off to engage the fleet of 12 vessels. Fortunately, night had fallen before the daring crew was able to intercept the convoy, and they were permitted to return to base unscathed. At this point, Lerew sought to impress Headquarters with reason. He wrote:

“My orders were to take action if necessary in the event of attack…Army cannot protect and you have given no indication [of] any possible chance [to] defend Rabaul. In meantime Air Force personnel stand every chance of being cut off. RAAF willing fight with Army but Army cannot handle untrained personnel. These men will be required by RAAF before long.—Lerew.”[3]

In their simple and infuriating response, Headquarters replied, “Rabaul not yet fallen. Assist Army in keeping aerodrome open. Maintain communications as long as possible.” It was at this point that Lerew sent his gladiators’ salutation.

Before dawn on the 22 January, the squadron’s sole Hudson took off for Port Moresby with the wounded. Hours later, yet another wave of Japanese aircraft unleashed hell upon Vanukanau airbase. Both Lerew and Colonel Scanlan, the commander of the Australian garrison at Rabual, agreed that Lerew’s men—altogether unsuited to defend Rabaul as infantryman—ought to escape. At approximately 3.30pm, they withdrew from Vanukanau in a convoy of eight trucks.

For the next two days, the party (which grew to include civilians and army personnel encountered en route) proceeded on foot through dense jungle and across deadly rivers. Though it hindered their movement, heavy rain facilitated the group’s successful evasion of enemy aircraft. Eventually, they reached the beach at Sum Sum, where they were rescued by two RAAF flying boats[4].

Only three men from No. 24 Squadron remained behind—one who was too ill to be moved, one who risked staying behind to ensure the destruction of the signals office, and one who voluntarily returned to locate a box of secret documents. All men were captured; only one survived[5].

Following his escape from Rabaul, Lerew was given command of a composite squadron (later designated No. 32 (General Reconnaissance) Squadron, RAAF) at Port Moresby. On 11 February 1942, Lerew was recommended for a DFC when he led three Hudsons in a raid at Gasmata Harbour, “the first mast-height attack on enemy shipping in the New Guinea campaign”[6].

Ultimately, Lerew survived the war and went on to serve as a chief technical officer and senior manager in the UN’s International Civil Aviation Organisation. He died of cancer in 1996, aged 83 years.

Though Lerew’s decision to engage his Wirraways against the overwhelming force of Japanese aircraft on 20 January 1942 has since come under scrutiny, it is generally accepted that the squadron’s survivability against enemy air raids was otherwise minimal[7]. According to Dr Alan Stephens, “the Wirraway was a fighter only in the minds of the Air Board”, and the decision to deploy them to New Britain, however desperate, “was an act of delinquency”[8]. Ultimately, given the unsuitability of the Wirraway for frontline service, No. 24 Squadron’s position at Rabaul was, from the outset, doomed.

Despite its shortcomings, the A20 CAC Wirraway is considered one of the most iconic of the RAAF aircraft flown the Second World War. Almost all Australian aircrew trained on the platform, and it was employed extensively in the Empire Air Training Scheme. It is often touted as the foundation of Australian aircraft manufacturing[9].

Here, a Wirraway trainer from RAAF Richmond flies over the Anzac Memorial in Hyde Park, 1941.

[1] In the initial phases of the Second World War, the capability of the A20 CAC Wirraway as a fighter aircraft was hotly contested. The vast majority of RAAF squadrons had, at one point or another, at least one Wirraway at its disposal. In the main, it was used as a general-purpose trainer. It was not necessarily suited to combat but was often pressed to perform in such roles.

[4] Twenty-five men were unable to safely board the flying boats due to capacity limitations. Lerew instructed them to instead escape in a yacht they found moored on the beach. The yacht arrived safely at Wide Bay on 24 January (see Gillison, 1962, p. 361).