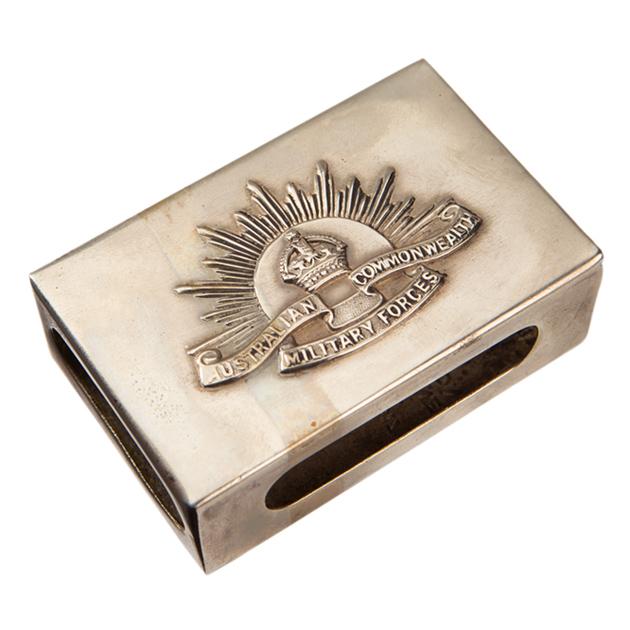 A carton of these souvenir matchbox covers was found in a bricked-up room in Birmingham, England. The room was once the working residence of a local silversmith.

The battle honours embossed on the cover end in 1917. We can only assume that the soldier who ordered the covers for his unit never returned to collect them.

1942 — Japanese submarine I-124 was sunk by HMAS DELORAINE in the Arafura Sea. I-124 had been engaged in mine-laying and shipping attacks.  LCDR D Menlove was awarded a Distinguished Service Order for gallantry as CO of DELORAINE. This was the first warship of the Japanese Navy to fall victim to the RAN in the Second World War

1965 — The Malaysian Government made a direct request for assistance during the INDONESIAN CONFRONTATION. The Australian Government agreed and 3 RAR was subsequently deployed