An exhibition marking the 50th anniversary of the end of Australia’s war in Vietnam — the defining event for an entire generation.

An exhibition marking the 50th anniversary of the end of Australia’s war in Vietnam — the defining event for an entire generation.

Discover the lived experiences of veterans of Australia’s war in Vietnam through the personal stories of four Australians – the last Australian engineer officer to leave Vietnam, one of the first RAAF gunship pilots to deploy, an Australian entertainer and a nurse working in a military hospital in Sydney.

In 1962, the first Australian Army advisers joined the US Military Assistance Command in providing instruction to the Army of the Republic of (South) Vietnam (ARVN). Australia’s commitment increased over the next decade until all three Australian services were heavily involved.

A decade later, in March 1972, the last Australian combat forces were withdrawn in the face of a deteriorating military and political situation.

Image: Chu Hoi Leaflet c. 1970. The Chu Hoi (“Open Arms”) program encouraged Vietnamese Communist troops to defect. The face of the leaflet features the flag of the Republic of Vietnam surrounded by those of the allied “Free World Forces”, including the United States, Australia, Thailand, South Korea, New Zealand and the Philippines. (Courtesy Brad Manera.)

Over 55,000 Australians served in Vietnam, either in the war or in direct support of warlike operations. Of these, 519 died on active service, and around 3,000 were wounded.

This prolonged conflict in Vietnam polarised the Australian population. Some saw the fighting as necessary to oppose the expansion of Communism in Asia, while others questioned the need for the war, the way it was fought and the reintroduction of conscription.

The social divisions and animosities created by the Vietnam War lasted for decades and its legacy continues to inspire controversy to this day.

Ray James OAM
President of RSL NSW Ray James OAM served 20 years in full-time active service in the Royal Australian Navy, and a further 26 years in the RAN Reserve. His active service included time in Vietnam working onboard as navy engineer. In this video interview, Ray talks about joining the navy as a teenager and son of a Second World War veteran, his deployment to Vietnam, and the experiences of those who served in the way.

Watch Anzac Memorial Senior Historian and Curator Brad Manera give a presentation at Sutherland Library about the exhibition. 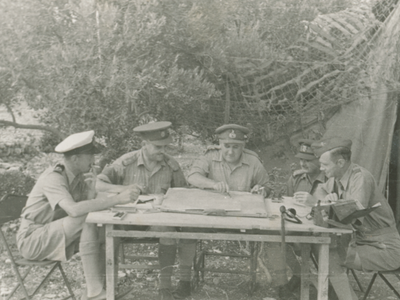