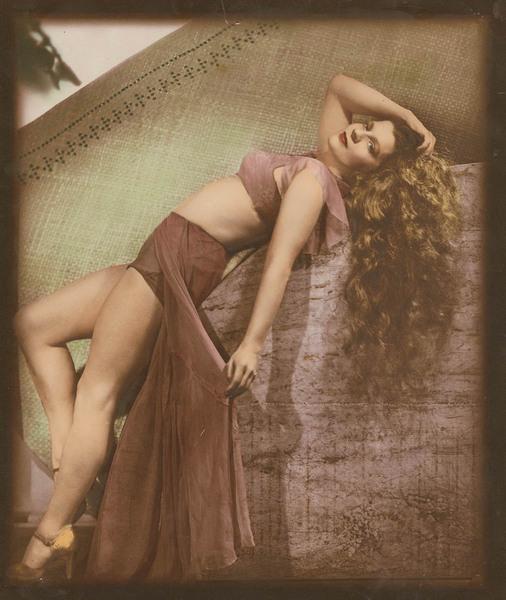 Jean Garling was an Australian author, critic, former dancer, and a leading supporter of cultural institutions and the performing arts in Sydney. During the Second World War she served with the Australian Army Medical Women's Service.

Garling was born Ilma Jean Garling on 3 September 1907 at Gilgandra, in the central west region of NSW. She was the sixth and youngest child of Arthur Frederick Garling, and his wife Minnie Christina. The Garlings had a rather illustrious background. Jean’s great-great-grandfather, Frederick Garling (1745-1848), arrived in the convict colony of NSW in 1815. He had been appointed to the Supreme Court of NSW, with a very generous annual salary of three hundred pounds. His first-born son, Frederick Garling (1806-1873), became a custom’s official and Sydney’s first marine artist. Garling also painted whimsical townscape views of colonial Sydney, including this one of Dawes Point ca 1855. 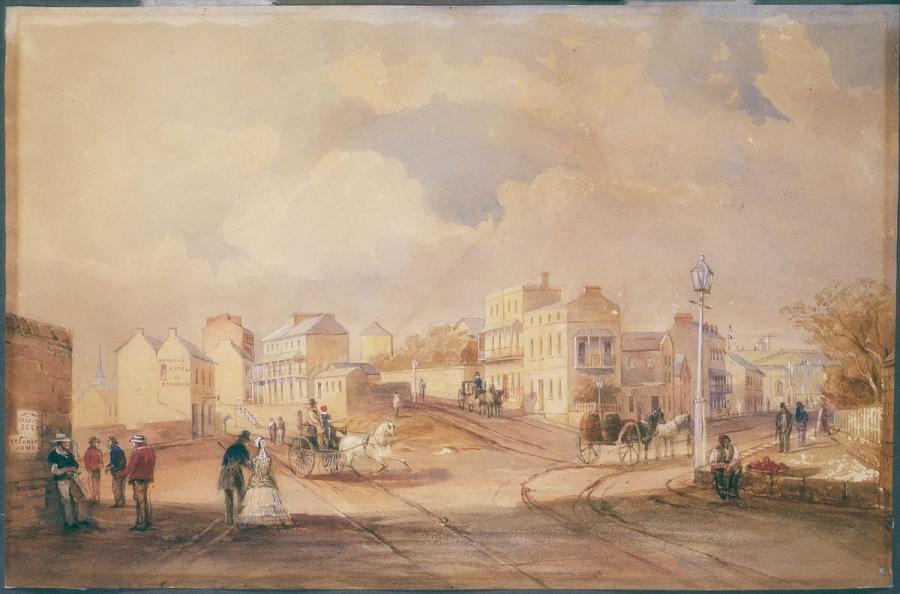 Jean Garling commenced her education at Gulargambone Public School and moved to Sydney to complete it at Sydney Church of England Grammar School for Girls (SCEGGS), in Darlinghurst. She went on to study physiotherapy at the University of Sydney, graduating with a Diploma of Massage in 1927. Jean’s first professional appointment was as ‘resident masseuse’ at the Royal Prince Alfred Hospital in Camperdown. Perhaps there was a medical streak in the family, because her brother Horace Milton Garling, was studying medicine at the University of Sydney when the Great War broke out. Horace enlisted in March 1915, served as a machine gunner in France, and returned home in April 1919. During the Second World War, he re-enlisted with the Australian Army and served on the home front for five years.

Early in January 1941, Jean Garling enlisted at Victoria Barracks, Sydney, as a masseuse with the Australian Army Nursing Service, but her service was terminated three weeks later. There are no clues in her records to suggest why. In November 1941 she enlisted again with the Australian Army Medical Corps. Promoted to the rank of Lieutenant, Garling spent the rest of her war as a physiotherapist with the Australian Army Medical Women's Service. Established in 1942, the AAMWS replaced the Voluntary Aid Detachment and served at home and in New Guinea, Borneo, Singapore and Japan. Jean Garling was posted to Darwin and later to the Repatriation General Hospital in Concord. Image: Garling served under the Australian Army Women's Medical Service (AAWMS). Those who served under the AAWMS were not trained nurses, but worked as nurses' aides, or in clerical and technical positions, such as blood bank, physiotherapy and so on. (AWM ARTV01081)

Jean had been classically trained in ballet and her love of the performing arts, nurtured throughout her youth, was demonstrated when she danced in a number of concerts for the troops. In June 1945, she was the Universal Service Group entrant in the Miss Australia competition, which had been organised by the Sydney Sun newspaper to raise funds for the War Veterans Appeal. Her age was clearly no deterrent to her entry, and by all accounts she was a fun-loving woman with a keen sense of mischief. This probably explains why she was also something of a media darling. On Thursday 13 February 1947, the Sydney Sun informed readers that:

Miss Jean Garling and her friends will celebrate St. Valentine's Day with a party at her flat in Macquarie-street tomorrow night. Invitations have been issued by Miss Garling in the form of a red heart, carrying the verse:

“Here's an invitation "hearty"
To a Valentine's' Day Party.
'Tis a day for love and cheer
And I hope you'll find it here.”

Savories and cakes will be made in the traditional heart shape, and given suitable names, such as "Cupid's Kiss."

Garling was present behind the scenes as well as on the stage in a number of dance and theatrical productions in Sydney. In May 1947 she starred in her own play The Joke. In 1950, she authored Australian Notes on the Ballet, an illustrated book which was the first comprehensive history of ballet in Australia. Between 1951 and 1960 she worked as the dance and theatre critic for the magazine Tempo. After the introduction of the television to Australia in 1956, Tempo changed its name, perhaps not surprisingly, to Tempo and Television.

Jean Garling was a long-time member of the Women's Pioneer Society of Australasia. Founded in 1929, this was an organisation of female descendants of early colonial pioneers, from government officials and military personnel, to free settlers and convicts. She was also an active member of the Royal Australian Historical Society and regularly conducted walking tours around The Rocks.

Garling never married and in her dotage, bequeathed her entire estate to the State Library of NSW (including her writing desk). Over several decades she developed a close association with the library which was near to her apartment in the famous Astor building on Macquarie Street. She was one of the founding members of The Library Society in 1983 and became a Governor Benefactor of The Library Foundation in 1992. Jean Garling died on 8 April 1998. Although she spent most of her adult life in Sydney, after her death, she was ‘taken home’ and buried at the Gilgandra General Cemetery.

A very generous recent donation to the Anzac Memorial includes Jean’s exquisite, tailor-made (on George Street, Sydney) dark blue tunic and skirt from her service with the AAMWS. Various epaulettes, titles and badges have also been bestowed and the curatorial team hope to have these on display in the near future. In the meantime, Research Officer, Catie Gilchrist can’t wait to spend time at the State Library, so she can start delving into some of the thirty boxes of personal papers Jean left to the library. Just who was the mysterious and exotically named ‘Alfredo Nuesca’ who frequently corresponded with Miss Garling between 1942 and 1946? Was he a friend or a lover? And how might these letters shed further light on Jean’s personal experiences of the Second World War?